Source: Baxter Dmitry Clinton mega-donor and close associate Steve Bing has been found dead after falling from the 27th floor of his luxury apartment building in LA’s Century City at around 1pm on June 22. He was 55. Law enforcement sources immediately claimed the financier, filmmaker, and leftwing philanthropist, committed suicide. Both Clinton and Bing were […]

Yesterday, after much research, I was able to uncover the true end game of Black Lives Matter. This organization is not about Racism. The co-founder admitted in a video that she and the other leaders are “Trained Marxists.” We suspected this but now it is confirmed right out of the horse’s mouth. The video is […]

Most of Us Think That ANTIFA is Relatively New and Was Founded by Soros: What I Have Uncovered Will Shock You — Absolute Truth from the Word of God — Truth2Freedom’s Blog

One more day of this painful watching of people at their worst is going to make me nuts. What in the Himmell is going on? Men want to not be men. Some want to be women some goats or infants. Women want to be men, children, unicorns whatever. The queer want parades to show themselves off as..well..queer. Anyone refusing to watch or bake them a cake gets sued. Losing their businesses, homes and property. Nobody should ever be offended, oh my!

All these groups are developing weird, dangerous, scary reputations. Having looked I can not find a good one, a good reputation anywhere. A reputation is the combined views, and opinions of another’s actions. It’s a noun. A thing by which we often base our judgements .

Black people suffer from the reputations of other black people’s actions. Because as is our nature we remember the worse things, the more potent, the shocking or salacious behavior. Hardly ever the good. Not first at least. People who apparently performed acts anathema to good works. Have provided the world with a fear creating reputation.

Sadly regular gentle everyday God-fearing, hard-working, black people can’t escape it. Just about every description, caption of the hard core angry violent black, criminals, includes the color of their skin, black. So now, it has become subliminal in everyone, blacks are to be feared. It is their reputation.

We need to watch our language! The media needs to stop depicting all of us by the color of our skin! They continually describe everyone by some biased moniker that they want to get out there, for viewers, for more subscriptions, ad revenue, etc. In other words it’s for greed. But by putting so much importance on ones skin color, ethnicity, a gender, a profession or political stance these things take on an importance that is not deserved. It just focuses tighter on the issue the writer has decided you should know. Because well, it is important. No it is not.

Why not eliminate the adjectives of color or race from the media. The media are the main form of reputation makers, so let’s start there. Not enough trouble in their world? Now they are trying to make us bad because we were born white…This is so counter productive, It is pure evil. We do not have to go along with them or the radiculous ideas they try to plant in us.

Why not just say for instance in a news clip, a man or a woman, from anywhere, did this or that, to someone else?. Eliminate the use of color or race in descriptions.! They are not needed. We are not the police who may have to have a full complete description, but the rest of us do not. Not today or tomorrow. We can describe people by age, height weight, hair color complexions, nose sizes etc. Chinese, Asian, White, Black, Yellow, Purple, are not required in describing anyone or anything. Well almost anything, like nations, we need to name that characteristic, like China rules the Chinese. And COVID 19 that’s from China. Their reputation is not good now either, nor was it yesterday.

So I am advocating censorship? Well sort of.

Today the violence perpetuated by the media’s encouragement is radical, ugly, tragic and is further ruining reputations.

The looters, thieves, violent, fire causing, screaming chaos building people have ruined the reputation of decent protests and protesters. No good message was allowed to escape due to these anarchistic rioters . The Association with those of bad reputation has obscured the message. That this entire country already knew and agreed with you on ,regarding the tragic death of George Floyd. That was prior to the rioting of your protesting buddies ! Ruined reputation of grieving protestors. Obscured the reality of the event. Changed the focus.. We are known by the people we surround ourselves with.

It’s not how we were knocked down. It’s how often, how many times we get up. Still praising God. The blind man’s story yes, and Job’s.

You have a disease. It cripples your mornings, costs your afternoons, and keeps you up at night. You take whatever medicine the doctor tells you to take, get sick of it, try a homeopathic way, can’t do it alone, go back to your medicine, change doctors, try to find a happy medium. Start all over again.

You’re sick and tired of what people tell you about why you’re sick when every part of your body that’s hurting feels like it has its own heartbeat.

Then someone tells you you’re sick because of the sin in your life. You’ve heard the speeches about how you should eat better and that you did this to yourself, but you haven’t heard this before.

Chronic pain affects more than 1.5 billion humans worldwide so the chances that you’ve heard someone talk about their pain is pretty likely. However, if this is your first time hearing about chronic pain, you’ll probably understand it more after reading this.

Chronic pain feels like you’re wearing a 100-pound coat filled with random pricks of cacti. Depending on the kind of chronic pain one is dealing with, it’s likely invisible, which means a lot of people can’t comprehend how someone can feel like this all the time.

I was 21 years old when I was diagnosed withsystemic lupus. It’s been seven years now and if you knowchronic illness— you know how tired we are of living with it.

I remember the day after I was diagnosed, I needed to go to the grocery store for milk. It was a cold morning in Colorado…

Many drugs have side effects. Many drugs should not be used as first line drugs. Like the Fluoroquinolones antibiotics. We however are talking about a whole nother thing here, this is life and death. A Pretty severe side effect in my book. Covid 19 kills. Given HCQ and zinc EARLY on saves lives. Plus large, mega doses of vitamin C. also are known to help severe lung issues.

There, now let’s all get back to work, hey? First please, would some one explain these questions for me?

Are we to be guided by groups with known conflicts of interests? Dr. Fauci has several, including questionable practices. I am not ready nor willing to give up my country or my rights on the say so of a co conspirator with China. Now the question no one wants to answer for me. I have asked numerous times, why was an Iranian General, or top official in the regime one of the first to die of the Chinese Corona virus? How did he come in contact with it? The Generals contracting of the virus was very early on. About the same time China first alerted us to its existence. Hmmm? The two countries we have major sanctions in place on? No one is talking about that which makes it the louder of an issue. While were on it, how did one of our Naval ships stationed out far away from China at sea, have so many cases of China’s Corona virus on it?. Affecting over 70 naval personnel the last I heard, and it’s Admiral? Why was that Admirals speaking out for his men so calamitous at first to the pentagon?

If you can give a small booklet to someone that explain what is Christianity and how someone can be saved to go to heaven what would it be?  For me it is this booklet by preacher Al Martin titled What Is a Biblical Christian?  This is published by Chapel Library, a wonderful organization that reprints a lot of Christian historical classics that is doctrinally sound and Gospel centered.  The presentation of the Gospel in the book is clear and biblical, something that is very important for the sake of the salvation of any unbeliever that is reading this work.  I recommend this not only for nonbelievers as an evangelistic tool but also for seasoned pastors in the… 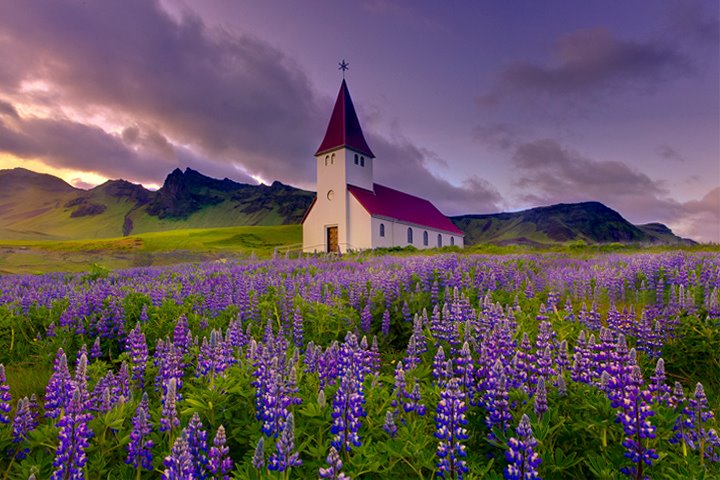 More and more churches are doing service online in light of the virus.  Our “This Sunday” series will be going over a Corona Virus edition.  Last week we posted “Helpful Considerations in using Zoom for the Glory of God.”  If you are experiencing Church online here’s something you can do this Sunday: Pray for those at Risk with Corona Virus.

Our “This Sunday” series will be another a Corona Virus edition.  For this Sunday here’s what you can do: Pray for those who are unemployed.